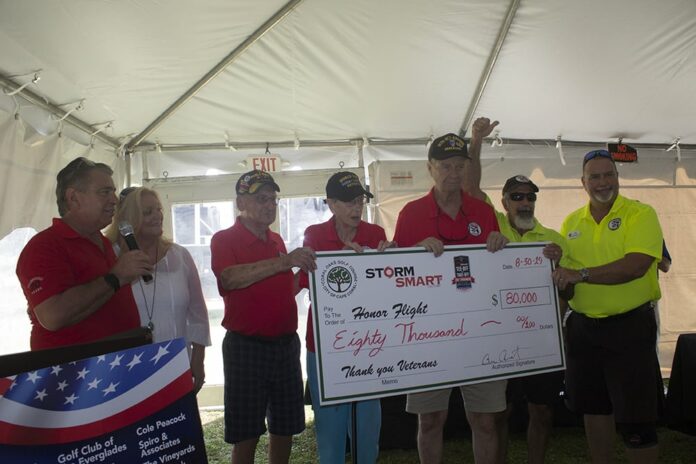 This year’s event saw over 125 golfers participate, up from 72 golfers last year, “The way the community has come together to support this event and the cause it represents has been amazing,” says Storm Smart Executive Chairman Brian Rist.

Tee Off for Take Off serves as a fundraiser for Collier-Lee Honor Flight.

Collier-Lee Honor Flight is a non-profit organization which transports local Veterans to Washington, D.C. to visit those memorials dedicated to honor their service and sacrifices.

Photo Gallery: Tee Off for Take Off 2019

Since its establishment in 2013, Collier-Lee Honor Flight have flown hundreds of veterans on nearly 20 different occasions, “It is an amazing organization, and one of the few, where all the money raised, goes back into the organization,” explained Rist.

Storm Smart became involved with the organization three years ago. Since then, raising money for Collier-Lee Honor Flight has become a personal mission for Rist, “I went on one of the flights. I can honestly say it was one of the most emotional days of my life. It left me wanting to do more.”

It was that want which led to Rist and Storm Smart creating the golf event in 2018 and raising $80,000. This year saw the company match the previous year’s fundraising number and presented the organization with another $80,000 check at the conclusion of the event, “Nothing feels better than being able to give these true American heroes a check large enough to make an impact,” said Rist. “We vowed last year we were going to keep the momentum going, and we have been able to do just that. It is a great feeling. So far, we have been able to raise nearly $200,000 for them. Next year, our goal is to make this event even bigger and better. We want to continue to grow and make it an annual tradition.” 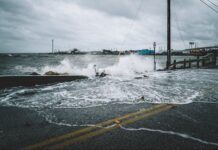 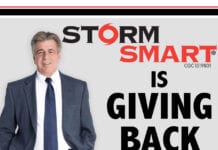 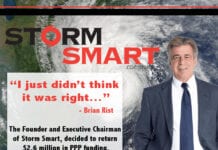